I was recently asked to take part in a survey which is being conducted on behalf of the government (I think) called The Life Opportunities Survey. My understanding is it’s a new ongoing thing which started last year. It’s designed to “help shape Britain today or tomorrow” or at least the front of the leaflet I have tells me that’s what I’ve been selected to do. They selected 100 thousand some odd households at random and I came up. Well, my house did but as I live alone it’s much of a muchness. So I wasn’t selected to give the “crip perspective” which made me very happy. Until at the end of the survey when I was told that some people get asked to re do the survey a year later to see how things have changed. Which is fine. However it’s pretty much guaranteed that I’ll get asked again. Because I’m disabled. I don’t mind at all, but I just knew that the “crip perspective” was going to come into it somewhere!! 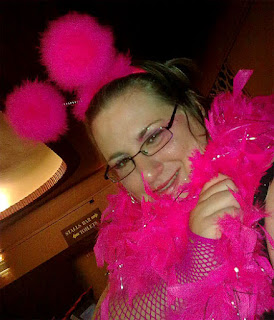 They sent a man round to my house and I spent an hour answering questions. Apparently the more people you live with the longer it takes so I’m glad I’m just me from that point of view! They gave you a big folder full of cards with numbered answers then for each question you’re told which to look at and have to give the number(s) which apply to you.
First you give general information like your date of birth etc. Census type stuff, basically. Then you move onto the questions specific to the survey. I believe based on your answers they filter a bit – the “if no, move to part F” type thing you see on paper forms although this was a guy with a laptop.

So he said to me “now, this might seem to be a strange question based on your condition” (he meant the fact I was sat in front of him in a wheelchair) “but how would you rate your general health?” The options were very good, good, then three others I can’t remember – a neutral one and two negative ones.

I said very good. And my health is very good in my opinion.

He didn’t say anything but based on the way he worded the question it was obvious that he considered my health to be bad. Or perhaps it would be fairer to say he expected me to use a negative choice.

I’m disabled, though. I’m NOT sick!! They’re two very different things. And, being disabled is not a bad thing. I don’t “sufferer from CP” I have CP. It’s a part of me, part of what makes me who I am.

I refuse to see having CP, being disabled, using the chair, whatever part of the whole crip thing you can think of as a negative. It’s not – it’s just a part of my life. But obviously the guy from the Office of National Statistics thought that it was hard, terrible etc.

The fact of the matter however is that it comes down to choice. I could see at all as bad, terrible, woe is me. That might be easier in some ways. But it would be a lot harder and I’d miss out on so much. So I see the positive and embrace life. It’s not a challenge or a daily conscious choice. It just is.

And just in case you need convincing, here’s a picture of me when I went to see The Rocky Horror Picture Show on Friday night (see my blog for more on that!). Do I look like someone who is suffering and having a bad time of it or like someone making the most of opportunities for living?
Posted by IDEAS at 9:47 AM