Today we have Rich Fabend's first guest post for 2011. I really enjoyed reading this post which touches on dreaming and spirituality. Thank you Rich!

It's estimated that approximately 10, 000 individuals suffer permanent paralysis from spinal cord injuries (SCI) every year in the United States. While most are ordinary citizens sometimes it happens to well-known celebrities like Christopher Reeve. Reeve, a famous actor, was probably best known for his role as Superman in a number of movies in the late 1970’s. Reeve’s fall from a horse in 1995 left him a quadriplegic. As an activist for SCI he brought much attention to this condition. He died in October 2004.

Christopher Reeve and I have several things in common besides quadriplegia. Although uncommon we, both had very little atrophy as a result of our paralysis. In the 12 years since my own accident I have lost only three quarters of an inch off my calf muscles. Another thing we had in common is that neither of us had ever dreams with ourself in a wheelchair. The only exception for me was one night, after a very nerve-racking out of control situation during the day that really scared me. Excluding that single time, I live in two worlds; the reality world where I am physically confined to my wheelchair and the dream world where I am free of any constraints. Many mornings I wake with pleasant memories from my night’s sleep. The dreams are extremely vivid and realistic, filled with physical activities rooted in my pre-accident life. I am often running through open woods pursuing a turkey I hear in the distance. (I am an avid hunter). 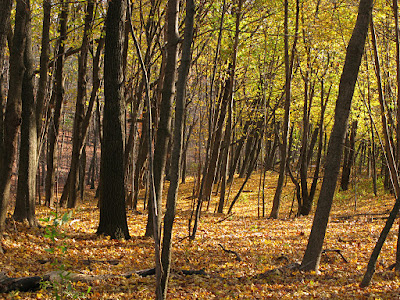 My "Dream World"
At times I’m riding my bike at a frantic pace feeling the wind on my face. Other times I am swimming in the Hudson River where I grew up as a child. Recently, I dreamed I was lost in a large construction site which was more like a maze than anything else. Frantically I tried to get out; running, jumping over obstacles, climbing and even lowering myself over walls and then dropping to the ground. My dreams seem so realistic that often I am disappointed when I have to get up and “change” worlds.

As I’ve grown older I have begun to think more frequently about dying. I don’t consider myself a religious person but rather more of a spiritualist. For a Christmas gift I received a CD of Christmas music by Annie Lenox. Besides the moving song Universal Child I found a wonderful explanation of her personal religious beliefs in the jacket lining. She wrote:

“While I don’t personally subscribe to any specific religion, I do believe that the
heart of all religious faith has to be rooted in love and compassion, otherwise it
serves no purpose.
For me, the word ‘Christ’ represents the sacred and mysterious divinity of life…
this could just as easily be ‘Buddha’ or ‘Allah’.
The words from the Bible, the Torah, or the Koran are too often misused to justify
viewpoints that oppress defy or create discord rather than engendering empathy,
harmony and respect for each other, accepting and embracing our differences,
whilst realizing that we are all human with the same strength and weaknesses.”
Friday night I had another very vivid and physically active dream. I was running and climbing in a beautiful fall woods. I was with two neighbors from where I used to live. I could hear the leaves crunching under our feet as we ascended the hill. Periodically, we would stop at a clearing in the woods to look at the beautiful vista that was open before us. My friends were much younger than I was and so I was constantly trying to catch up. When I did, we would stop, talk, drink some water and then we were off again. After a while I became aware of a buzzing noise which seemed very out of place. I realized it was my wife's alarm clock; and slowly and very reluctantly I began to return to my other world. I have no personal belief in heaven or hell but I spent the better part of the morning thinking how wonderful it would be if the process of death could just be the Crossing Over from my reality world to my dream world. 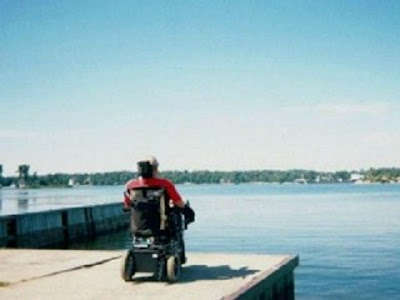