Another fabulous blog post from the amazing Rich Fabend

I am truly excited to be publishing another post from our amazing blogger Rich Fabend. We've been missing his wise words here, I hope you enjoy the next reading from him. 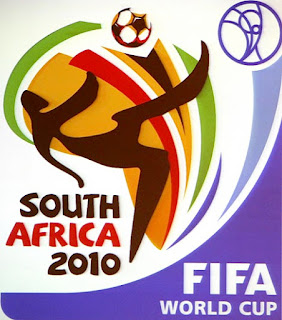 If you had your television on during the last five or six weeks, it would be hard to have missed some life lessons that were taking place. We have been able to watch a variety of world-class athletes participating in the sports that they love. Thirty-two of the world's best football (soccer) teams arrived in South Africa to participate in the World Cup. South Africa was a showcase for what can happen when people choose to work together. In the not so distant past South Africa was in the throws of the racial policy called Apartheid. The South Africans obviously have made great strides under the leadership of their new government.
Generally speaking the teams played with great congeniality. Even Spain, the winner of the World Cup, did not win all their games. We must be careful not to define them as the only winner because by doing so we create the implication that the other thirty-one teams were losers. Winning and success are not synonymous; one can be successful without winning, both in athletics and in our personal lives. While there was joy and heartbreak after every individual game, even the players who lost should not be considered losers. The games were refereed by individuals from all over the world. On the whole they did a wonderful job, but some serious errors in judgment were made by a few referees which had monumental effects on some of the teams. Even in the heat of battle the players generally accepted these decisions with little or no protest. We should recognize that the majority of times most people are making decisions to the best of their ability. There were teams in which the star players failed to fulfill expectations and at other times different players unexpectedly stepped up. 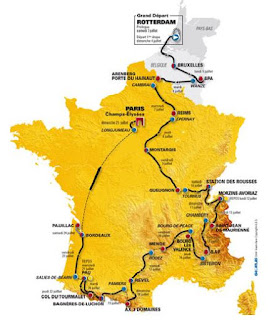 On July 3 another world class sporting event began. The Tour de France is a yearly event which challenges almost 200 top athletes from all over the globe to a grueling bike race which lasts 20 days and covers 3642 kilometers or a little over 2185 miles. Twenty-two teams of nine racers each put their collective and individual skills to the test. On an average day the racers cover over 100 miles. Some stages are flat, some rolling and some are on extremely mountainous terrain. The downhill speeds can exceed 60 miles an hour. The bikers race for personal and team success. This is a great test of human endurance both physical and mental, and if we look carefully there is much to be learned. The race presents different challenges to the participants every day. With the large number of racers moving along in tight proximity to each other there are often crashes. Effects of these can range from “road rash” to broken bones. Even racers with broken bones refused to drop out of the race. This year Cadel Evans, a rider from Australia, rode most of the way with a broken wrist. When mishaps happen to a team leader and he falls behind, his teammates drop back to help him catch back up to the group of riders. The person riding in the front of the line cuts the wind which reduces the work the riders behind him must do by as much as 40%. This is called splitstream or more commonly known as drafting. Team members are constantly changing this front position to keep members fresh. At times racers from different teams will even do this in pursuit of a common goal. Each team has racers called domestiques who keep team members supplied with water. They must drop back to the support cars behind the racers get a number of bottles and then sprint up to the group to hand the bottles out. Everyone works for the good of the team. In the end with the help of his team members Alberto Contador of Spain won the race. However, all the riders were successful just finishing such a grueling race.
Racers also must deal with extreme weather conditions. Over the 21 days in the race riders often struggle with road temperatures that can reach 100°. When they are in the mountains, temperatures can drop as much as 50° from the bottom to the top of the mountain. Often at the summit bystanders will hand them newspapers which the riders place inside their jerseys to help insulate their bodies from windchill experienced on the descent. Sometimes, individual racers will have days when they just are unable to work at professional levels. But like most of the racers on the tour they refuse to give up.


I believe there are lessons to be learned for all of us from watching these professional athletes. We can learn commitment, teamwork to achieve common goals, and refusing to allow pain and fatigue to sidetrack us from our purposes even though we could easily find an excuse to give up. My final observation would be that the challenges and subsequent lessons to be learned here are not just challenges faced by athletes but confront all people in day to day situations including people with disabilities.
Posted by IDEAS at 11:45 AM