Your home need not become your prison

I am very excited about the blog post that I can offer you today. I have made contact with a very inspirational and symbolic individual and have recieved permission to publish her amazing article here. I know that you will all know of her. Cynthia Banham is an Australian journalist that writes for the Sydney Morning Herald, and I believe some other publications on the occassion. Her role as a journalist and her great ability to source stories led her into a dangerous situation that left her with only half of one of her legs. In 2007 a plane crash occurred in Indonesia, claiming the lives of 21 individuals, including 5 Australians. An article described Banham's escape from the fires when she was "airlifted to Perth from Indonesia with back injuries and extensive burns to her lower body after a Garuda Boeing 737-400 plunged off a runway at Yogvakarta and caught fire..." The crash left Cynthia with a disability. However, Cynthia has really proven that one can achieve just as much no matter ones disability. Her future in journalism has been fabulous and she has sent article after article to the Australian population sharing her amazing experiences. One particular article struck my and most of Australia's eyes. From the permission of Cynthia herself and taken from SMH here is her article 'Your home need not become your prison'.


You never plan for a life-changing injury. It's something you just hope never happens. Growing old is more of a certainty. But both events can have a profound impact on the way you feel about your home: a sanctuary, or a kind of prison.

I know this first-hand. Catastrophic injuries from a plane crash changed my world forever. If not for the efforts of a family friend, a builder who extensively modified my home while I was still in hospital, I would not have been able to get in the front door, let alone my kitchen or shower. 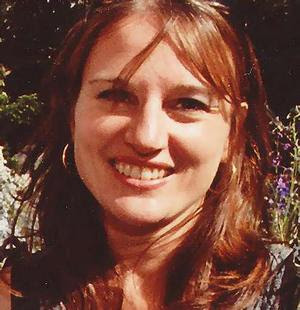 But what really came as a shock was the impact my injuries had on visiting family and friends. Dropping in for a meal or a cup of coffee, to stay connected to people, is essential to a person's mental well-being. Yet here I was, left in tears on a visit to my in-laws from the indignity of not being able to use their bathroom without help, unable to visit my parents' home where I'd grown up because I couldn't climb the stairs to their front door.
We have laws about accessibility standards in public spaces, but for private homes there are none and I never imagined this would change.


Then eight months ago Bill Shorten, the parliamentary secretary for disabilities, asked me to speak at a meeting he had organised, with Therese Rein as patron, for executives from the housing industry and the ageing, disability and community sectors, at Kirribilli House.

The subject was "universal design" - building a house to last its occupants' lifetimes so whatever happens, should they get injured or grow old, they will still be able to live independently.

If we introduced some minor, inexpensive changes to the way Australia builds homes - changes many times more expensive if done retrospectively - then no house need be a prison. Making houses accessible from the street or car park, slightly widening front doorways and passages, putting a toilet on the ground floor that could be used by someone with mobility issues.
I agreed, intrigued something could be done to improve the lives of 20 per cent of the Australian population with some kind of a disability, and encouraged this concept could have economic and social benefits for all.
Universal design ideas are already being implemented overseas, in Japan, Britain, Canada and Norway. They are gaining traction in Victoria.
What is the appeal? Like Australia, these places have ageing populations. Given the option, most would prefer to grow old in their own homes, retaining connections with family and social networks where they have spent their lives. But with the majority of homes, this is virtually impossible for older people with mobility issues.

It doesn't stop there. A house built for a lifetime would be easier for mothers with prams and people with temporary injuries.
I started out thinking it was an extremely lofty ambition to get this diverse group to agree there was a case for universal design in Australia. The Property Council of Australia, the Housing Industry Association, Master Builders Australia, the Australian Institute of Architects and the Human Rights Commission are unlikely allies.

But Shorten is a superb negotiator, and the determination he has shown over the past three years to fight for a better deal for some of the less lucky Australians is remarkable.
The final details are being nutted out, but soon this dialogue will deliver concrete proposals to the government. These professionals have surprised even themselves with their ability to reach common ground on an issue that for many will be life-changing, in a good way.
Critics might say they don't want to be told by governments how to build their homes, or they don't want to live in houses resembling hospitals. That's not what this is about. Making a doorway a few centimetres wider does not make a house more sterile, just more liveable.
Is it really that big an ask of Australians to give a damn about their fellow citizens with physical limitations, but still want to engage as fully in society as you, their friends, colleagues, families and neighbours?
You never know, one day you might just grow old.
Posted by IDEAS at 2:11 PM