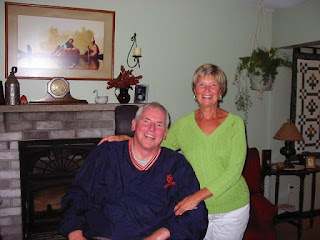 Richard Fabend, who is 66 years old, taught in the New York State public school system for 34 years, the last 10 in Special Education. He retired in July 1998. In February 1999, while on vacation in the Carribean, Rich was struck by a wave which drove him to the bottom, breaking four vertebrae in his neck and leaving him with quadriplegia (C6 complete). Rich approached his new daily life with Christopher Reeve’s philosophy; “I refuse to allow a disability to determine how I will live my life. I don’t mean to be reckless, but setting a goal that seems a bit daunting actually is very helpful toward recovery.” Rich was extremely active prior to his injury, he spent much of his time outdoors and was a licensed New York State Guide. He has returned to many of the outdoor activities that provided him with such pleasure prior to the accident. Recently Rich has begun doing some motivational speaking in local schools, trying to help students realise the personal strength that lies within themselves.

Rich would encourage each of you to face your challenges with an open mind and a positive attitude. Believing that something is possible is the first step in taking control of your situation. Allowing yourself to be sidelined by difficulties, frustration or failure is counter productive. Failure provides an opportunity for growth. Rich has found little in this new life comes without frustration, effort and sacrifice and that attitude is far more important than ability. With persistence, perseverance and trial and error, he believes we can accomplish many things that at first we think we cannot do.
Rich has developed a website that allows people with physical disability to access information on ideas about and instructions on making simple tools that could reduce the daily frustrations. For more information visit http://www.handihelp.net/
Posted by IDEAS at 3:13 PM